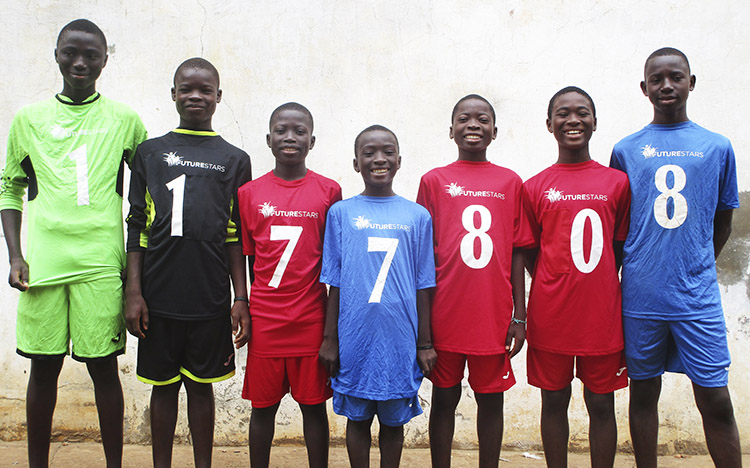 Futurestars applied to the Charity Commission, the Regulator for Charities in England and Wales, to be legally registered in order to allow the project to expand fund raising activities and bring new partners on board.

The project was started in 2015 by Simon Milton (ex-Ipswich Town FC, now Futurestars Director and OMA CSR Director) and Gary Miller (OMA Group Director). Working with five schools in Tema, Ghana and one school in Lomé Togo, it provides PE and sports coaching to some 2500 school children every week. OMA were quickly joined by Yinson Production WA who have spearheaded the refurbishment of the participating schools.

Simon Milton commented:
“The strength of the project is based on the commitment from its partners, we are delighted that founding partners OMA Group and Yinson Production WA have made long term commitments to the Charity. Fendercare Marine and Hapag-Lloyd have recently joined as new partners and we are also delighted with their support and look forward to developing the project further with them and their employees.

As a registered charity we can demonstrate good practice and transparency to companies and individuals who wish to come on board to help expand the project, both by increasing the amount of much needed refurbishment work as well as expanding geographically along the West African coast.

We have a fantastic team of Trustees, a great team on the ground running the project and all the schools report increased attendance and reduced truancy as a result of being part of the Futurestars programme – 2018 is going to be an exciting year!”

Partners in the Futurestars project are: